Oct. 18 (UPI) — French authorities said they’ve arrested 10 people in connection in the beheading of a teacher outside Paris by a man they identified as a Russian-born refugee of Chechen origin.

French newspaper Le Monde reported that of the 10 people arrested, four were family members of the accused attacker and two voluntarily presented themselves to police.

A French judicial source described the suspect as an 18-year-old Moscow-born man. They said he killed Samuel Paty, who taught history and geography at a secondary school in the Conflans-Sainte-Honorine area.

Police said they shot and killed the attacker Friday afternoon near the area where the victim’s body was found after he allegedly refused to drop a weapon.

Authorities said the attacker waited outside the school and asked students to identify his target. He also posted images on social media of the victim, police added.

French President Emmanuel Macron has described the killing as an “Islamist terrorist attack.”

Authorities said Paty had shown controversial caricatures depicting the Prophet Muhammad to his students during a discussion of the 2015 attack on the French satirical magazine Charlie Hebdo.

That decision prompted complaints from some Muslim parents.

“Samuel Paty embodied our Republic’s most noble asset: its schools. He was cowardly murdered by enemies of freedom. We will be united, firm and resolute,” French Education Minister Jean-Michel Blanquer wrote on Twitter. 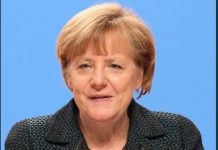