Jan. 8 (UPI) — Americans still lean conservative over liberal, but liberals have made gains, as a majority of Democrats identify as liberal for the first time, a Gallup Poll said Tuesday.

Thirty-five percent of Americans have described their political ideology as conservative for the past two years, the poll said, compared to 26 percent as liberal. Another 35 percent describe themselves as moderate.

Conservatives have outnumbered liberals since Gallup’s baseline measurement in 1992, but the gap has narrowed from 19 percentage points to nine points in recent years.

The percentage of Democrats identifying as liberal sat at 51 percent in 2018, up from 50 percent in 2017 and marking the first time the party has been majority liberal.

In 1994, nearly half of Democrats identified as moderate with equal percentages, at 25 percent, calling themselves liberal and conservative.

The number of Republicans identifying as conservative has risen 15 percentage points since 1994.

Independents are largely moderate, but lean more towards conservative than liberal with an edge of six percentage points in conservatives’ favor in recent years.

Results are based on a random sample of 13,852 adults with a margin of error of 1 percentage point. 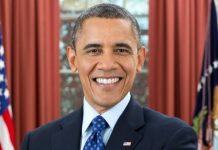