April 19 (UPI) — Royal Canadian Mounted Police said Sunday that a gunman who killed at least 10 people, including a police officer, was dead after an active shooter incident in Nova Scotia.

Police confirmed that the gunman, 51-year-old Gabriel Wortman, had died after carrying out a series of shootings beginning in Portapique, N.S. and leading police on a chase Sunday morning.

RCMP first reported an active shooter situation in Portapique at 11:30 p.m. on Saturday, urging residents to remain inside their homes and lock their doors.

Police later warned that Wortman may have been driving a vehicle resembling an RCMP vehicle and wearing an RCMP uniform as he traveled southbound from the area of the initial incident.

“To clarify, the suspect in our active shooter investigation, Gabriel Wortman is NOT employed by the RCMP but he may be wearing an RCMP uniform. He is considered armed and dangerous. If you see him, do NOT approach and call 911 immediately,” RCMP wrote on Twitter.

Assistant police commissioner, Lee Bergerman, confirmed that Constable Heidi Stevenson, a 23-year member of the RCMP, was identified as the officer killed in the shooting.

“Heidi answered the call of duty and lost her life while protecting those she served. Earlier this afternoon I met with Heidi’s family and there are no words to describe their pain,” said Bergerman. “Two children have lost their mother. And a husband has lost his wife. Parents have lost their daughter and countless others lost an incredible friend and colleague.”

Bergerman also said another officer was hospitalized with non-life-threatening injuries. 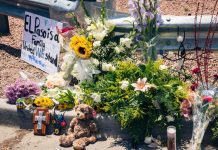 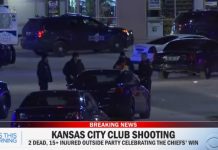