Feb. 12 (UPI) — An airport in Hamburg, Germany, was evacuated after dozens were sickened by an unknown toxin Sunday afternoon.

German authorities believe the substance spread through the airport’s air conditioning system and leaked into an area where passenger baggage is checked, a police spokeswoman said.

German firefighters treated 68 people who complained of breathing problems, nausea and burning eyes. Nine were taken to a hospital though none were seriously affected by the incident.

Rene Schönhardt, spokesman for the Hamburg police, said a cartridge containing pepper spray was found in the bin provided for travelers to dispose of liquids before boarding.

Schönhardt said there was “no evidence” that the incident was a terrorist attack.

According to live flight tracking website flightradar24.com, some flights were diverted to other airports.

The sickened were treated in freezing weather outside the airport. 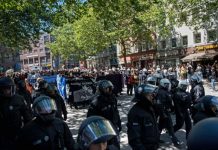 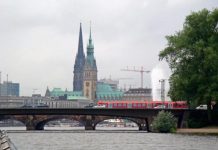 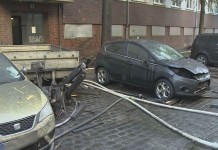