The San Diego-based company released a statement Saturday saying it issued the voluntary recall “out of an abundance of caution” after positive test results for listeria monocytogenes on environmental samples taken during a routine government inspection at its California packing facility.

“We are voluntarily recalling our products and taking every action possible to ensure the safety of consumers who eat our avocados,” Henry Avocado President Phil Henry said.

The company said no illnesses associated with the recall had been reported.

The company is also fully cooperating with federal and California health officials to facilitate an efficient and complete recall of the avocados.

All shipments from the packing facility are subject to the recall, but avocados imported from Mexico and distributed by Henry Avocado are not being recalled and may continue to be sold and consumed. 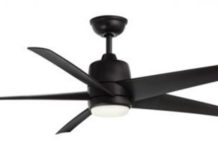