May 12 (UPI) — A man who initially reported the abduction of a 4-year-old girl last week was arrested Saturday night in her possible death.

Derion Vence, 26, was arrested on charges of tampering with evidence, a human corpse, the city of Houston said in a news release Saturday. Investigators with the Houston police say they found the blood of Maleah Davis in his Houston apartment.

The child is referred to by police as his stepdaughter but a spokesman for the mother’s family told CNN the two were engaged but that has ended.

He was arrested Saturday night at a relative’s home in Sugar Land, a suburb of Houston.

During his first court appearance, bail was set at $999,999, according to Harris County jail records. His next court date is Monday.

The girl’s whereabouts are still unknown, according to police.

Vence told police that he, Maleah and his 1-year-old son were driving to George Bush Intercontinental Airport in north Houston to pick up Maleah’s mother, Brittany Bowens, on May 4. After pulling over to check a flat tire, he said three Hispanic men approached in a blue truck, took Maleah and knocked him unconscious.

Vence said he woke up 24 hours later to find the silver Nissan Altima missing but the 1-year-old still there. He said he walked to Houston Methodist Sugar Land Hospital to have his injuries treated, then he called the police to report Maleah and his Altima missing.

However, a surveillance camera captured footage of someone in the silver Altima dropping Vence off at the hospital.

Vence was later seen coming out of his apartment with a full laundry basket.

Police found his silver Altima in Missouri City, Texas, on Thursday with the laundry basket in the trunk and a gas can in the trunk.

If Vence is found guilty of tampering with a human corpse, a second-degree felony, he could face up to 20 years in prison.

Texas EquuSearch has assisted authorities in searching for the girl.

“I’m choked up right now thinking about her,” EquuSearch founder Tim Miller told KTRK-TV. “I’ve been on these cases before. If it doesn’t touch your heart, and you don’t get emotional, you’re just not human.” 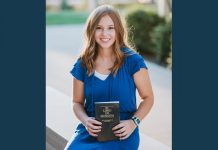