The fossils were discovered in July and construction has been temporarily placed on hold as paleontologists work on the site.

“A treasure trove of ice age fossils has turned up at the Old Creek Trails construction site in Carlsbad south of state Route 78,” Cornerstone Communities said in a statement. “Bones of ancient mammoths, horses, turtles and even a prehistoric bison — the second ever found in San Diego County — have been unearthed at the site.”

The fossils are from the “Ice Age,” formally known as the Pleistocene Epoch, and are from 50,000 to 200,000 years old, according to Tom Deméré, curator of paleontology at the San Diego Natural History Museum.

“It’s really an exciting project in terms of the geology and paleontology,” Deméré said. “The fossils have the potential to tell us a great deal about the climate, the environment, the ecology of that time when they were living. They are direct connections with the past, an ancient ecosystem that was once common here.”

Construction on the Old Creek Trails development, where 636 condos and other homes will be built, should begin early next year. 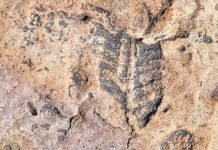 Complex life emerged on land much earlier than previously thought 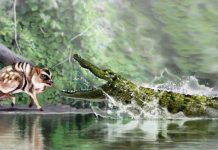 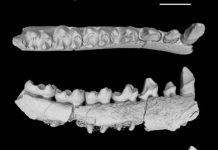