July 15 (UPI) — Officials evacuated some residents on a western island in Greenland after an iceberg neared the coast and threatened to send a crash of waves into homes.

Police in the village of Innaarsuit, population 169, evacuated some residents early Friday after the iceberg neared the island. Villagers said they’ve never seen an iceberg this big, the BBC reported.

“There are cracks and holes that make us fear it can calve anytime,” village council member Susanne Eliassen told local newspaper Sermitsiaq.

They fear that if the iceberg does calve, or break apart, the resulting crash into the ocean could send a wall of water over the coast, inundating some residences. In addition to homes, the village’s power station and fuel tanks are located near the iceberg.

Innaarsuit is about 620 miles north of Greenland’s capital, Nuuk. 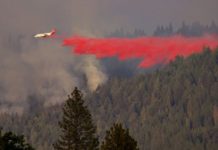 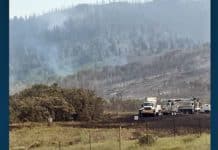 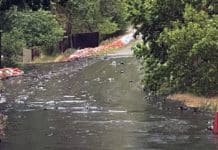