The guideline will introduce some latest technologies, including the one that transforms diaper waste into fuel.

In 2015, a town of Hoki in Tottori Prefecture began to collect disposable diapers from hospitals and nursing homes to have them recycled. The diapers are broken into pieces and then dried with hot air and converted into pellets that can be used as fuel, according to the Japan Times.

A recycling firm also recycles some 5,000 tons of disposable diapers annually by extracting pulp and converting them into construction materials, according to Yomiuri.

In Japan, people age 65 and older account for 27 percent of the total population, according to a World Bank figure in 2017. The number of people age 75 or older has been on a rapid rise with the average increasing rate of 30,000 every month, according to Nikkei Asian Review.

Disposing of the diaper waste has emerged as a new environmental concern in rural areas where adult diapers consist of 20 to 30 percent of total waste.

Adult diapers pose a challenge in the disposal process because they are wet and heavier than baby diapers, which makes them difficult to burn. 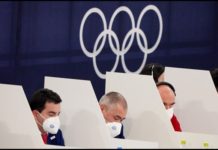