Nov. 23 (UPI) — Iowa cannot deny transgender residents Medicaid coverage for sex reassignment surgeries, according to a ruling made public on Monday, which says to do so is unconstitutional.

Judge William Kelly in the Iowa District Court for Polk County ruled Friday that the state’s Department of Human Services should be prohibited from denying Medicaid coverage for medically necessary gender-affirming surgery to treat gender dysphoria.

The ruling comes in a case filed by the American Civil Liberties Union of Iowa in April on behalf of petitioners Aiden Vasquez and Mika Covington who were denied coverage due to an Iowa law put in place in 2019 by Republican lawmakers, months after the state’s Supreme Court said a DHS rule that prohibits Iowa Medicaid coverage for surgical procedures related to gender identity disorders violates prohibitions against gender-identity discrimination.

In his ruling, Kelly said language excluding coverage for sex reassignment surgery “shall be stricken from the regulation and the remaining language must be interpreted and applied in a manner allowing transgender individuals coverage under Iowa Medicaid for medically necessary gender-affirming surgery for the treatment of gender dysphoria and other related diagnoses.”

Alex Murphy, the spokesperson for Gov. Kim Reynolds who signed the bill into law in 2019, said Monday in a statement that they are “disappointed” and “disagree” with the decision.

“We are reviewing the decision with our legal team and exploring all options moving forward,” Murphy said.

The ACLU celebrated the decision in  a statement emailed to UPI.

This is a historic win for civil rights in Iowa,” said Rita Bettis Austen, the legal director of ACLU of Iowa. “It recognizes what we’ve long known, that transgender Iowans must not be discriminated against, and that they are protected by Iowa Constitution’s guarantee of equal protection, as well as by the Iowa Civil Rights Act.”

The ACLU in 2017 had previously filed litigation to block an Iowa Medicaid regulation that prevented the coverage, which the courts affirmed in 2019 — a decision that prompted the Iowa legislature to pass the law in 2019 that was struck down by Kelly’s order. 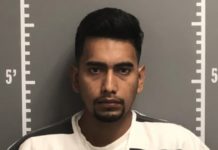 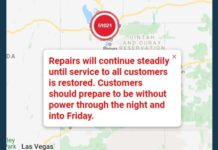