U.S. District Judge Mary Geiger Lewis said she issued the order because the law would prevent Planned Parenthood‘s patients from getting an abortion before fetus viability as guaranteed by the 14th Amendment.

The 14-day restraining order allows some 75 patients who had appointments in the next three days to receive abortions, including at least three whose pregnancies were within days of the second trimester, at which point the procedure would be illegal under the new law.

McMaster signed the South Carolina Fetal Heartbeat Protection from Abortion Act into law Thursday. It prohibits a doctor under threat of felony charges and a two-year prison sentence from performing an abortion after the heartbeat of a fetus has been detected, which generally occurs between six weeks and eight weeks after conception and before many people know they are pregnant.

Several states have passed similar fetal heartbeat bills, which have been tied up in the courts. In February, an appeals court struck down Mississippi’s heartbeat bill banning abortions after the 15th week of pregnancy, stating that since cardiac activity can be detected before the fetus is viable, the law couldn’t stand.

Planned Parenthood filed a lawsuit Thursday, saying that because it prevents abortions before many people know they’re pregnant, it’s an effect a total ban on the procedure.

“South Carolinians need a COVID-19 plan, not an abortion ban.”

McMaster said he plans to “defend this law every step of the way.”

“No lawsuit can weaken our resolve to fight for life.”

Lewis ordered a hearing on the matter for March 9. 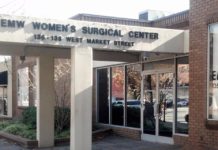 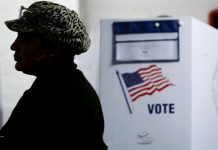