April 25 (UPI) — The Department of Justice on Wednesday refused to allow an official to testify before the House oversight committee about attempts to add a citizenship question to the 2020 census.

The Trump administration said John Gore, a deputy assistant attorney general in the department’s civil rights division, will not be allowed to testify in Thursday’s scheduled hearing without a Justice Department attorney in the room with him.

“We appreciate the offer made in the Committee’s April 10, 2019 letter to permit Department counsel to be present in a separate room during the deposition, but such an accommodation would not address the Department’s need to have counsel present in the deposition room to assist Mr. Gore in connection with the deposition,” said a letter from Assistant Attorney General Stephen Boyd to the committee.

“We are disappointed that the Committee remains unwilling to permit Department counsel to represent the interests of the Executive Branch in the deposition of a senior Department official.”

Earlier this month, the House Committee on Oversight and Reform issued a subpoena seeking documents related to the 2020 census from Attorney General William Barr and Commerce Secretary Wilbur Ross. The panel also sought to interview Gore. Ross testified March 14 before the committee that there was no “nefarious purposes” behind the addition of the census question, but Cummings said “the record shows that this was a pretext.”

Ross first proposed the question for inclusion March 26, 2018, stating it’s aim to enforce Voting Rights Act provisions that protect racial and language minorities — an explanation that Democrats don’t buy. He did so purportedly at the behest of the Justice Department, which he said requested the question’s inclusion in December 2017.

Questions about citizenship status haven’t been asked by census takers since the 1950s, but last year the Trump administration said it planned to add it back in 2020.

Immigration advocates say if the question is included, undocumented immigrants might be afraid to respond to the census and the result will be an inaccurate tally.

Tuesday, the Supreme Court heard opening arguments in a lawsuit challenging the addition of the question.

Constitutionally, the census must count all persons living in the United States, regardless of their status as a citizen. The results each decade are used to create congressional districts and determine how many electoral votes states have in a presidential election. 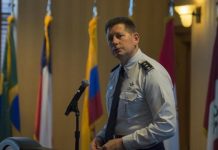 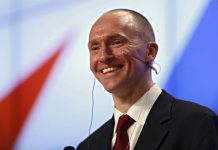