“John Kerry called Turkish Foreign Minister Mevlut Cavusoglu today to convey his condolences regarding the recent terror attacks in Turkey. The Secretary also offered U.S. assistance to the investigation into the horrific murder of Russian Ambassador to Turkey Andrey Karlov,” spokesman John Kirby said in a statement. “Secretary Kerry and Foreign Minister Cavusoglu also discussed the situation in Syria and the ongoing efforts to reach an immediate ceasefire, secure the prompt delivery of humanitarian assistance, and resume political talks to end the civil war.”

Karlov was shot dead while attending an art exhibit in Ankara on Monday. The Turkish and Russian claims of U.S. complicity stems from the fact that exiled Turkish cleric Fetullah Gulen, the accused gunman, has lived under asylum in the United States since 1999.

Gulen is tied to a terrorist organization and lives in Pennsylvania.

Kerry expressing his concerns was reported by the Daily Sabah on Tuesday.

No one has claimed there was tacit U.S. approval of the shooting, but Kerry is worried that’s how it might be received by some in the international community.

Turkish officials have termed the assassination a failed coup attempt. 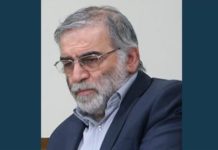 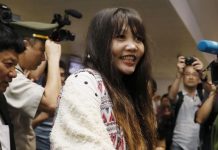