Sayoc, 56, is set to be extradited from his home state of Florida to New York where he is scheduled to appear before Manhattan U.S. Magistrate Judge Robert Lehrburger for allegedly sending 15 packages containing homemade pipe bomb devices to prominent Democrats and critics of President Donald Trump.

Federal prosecutors chose to charge Sayoc, a resident of of Aventura, Fla., in New York City in part because evidence that linked him to several of the packages was discovered there.

He appeared in court last week in Miami, where he had not yet entered a plea to charges of five federal crimes — interstate transportation of an explosive, illegal mailing of explosives, threats against former presidents and certain other persons, threatening interstate communications, and assaulting current and former federal officers.

Prosecutors in New York plan to argue Tuesday that Sayoc should continue to be held without bail pending trial, due to being a flight risk and posing a danger to the public.

Prosecutors said Sayoc “used mailing materials nearly identical to the other 15 packages, including the same type of envelope, address format and stamps” on this package.

They added he used his cellphone on Oct. 23 to search the Internet for a mailing address to send the package to Steyer.

“Although the government’s investigation is ongoing, the evidence gathered to date demonstrates the dangerousness of the defendant and creates significant incentives for him to flee,” they wrote. “Accordingly, the defendant should be detained pending trial.”

Sayoc’s mother, Madeline Sayoc, sent a letter to ABC News that was published Sunday, stating he has struggled with mental health for much of his life.

“My son has been ill for a long time and my family and I have tried, over and over again, without success to urge him to get the help he needs,” she wrote. 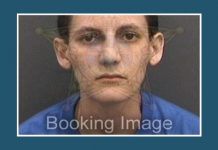 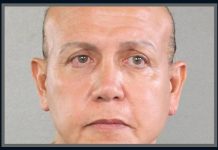 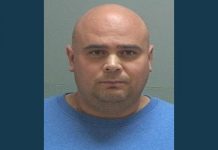