May 15 (UPI) — The Minnesota man accused of throwing a 5-year-old over a third-floor balcony at the Mall of America pleaded guilty to attempted first-degree murder Tuesday.

Sentencing is scheduled for June 3. Prosecutors will seek the maximum punishment for attempted first-degree murder, which is 19 years in prison.

“The child continues to heal and the family asks for continued prayers and privacy,” a post on GoFundMe stated.

Landon Hoffmann’s family signed off on the plea deal.

On April 12, Aranda picked up the boy and threw him over a third-floor railing at the mall, police said.

The child plummeted 40 feet to the ground.

Despite extensive injuries, the child was “alert and conscious and is no longer in critical condition” two weeks after the incident, according to the family.

“All praise, glory and honor to God! He saved our son’s life and is healing him in the most miraculous ways,” the family said, according to a post on the GoFundMe page.

Aranda told police he had come to the mall a day earlier to kill an adult, according to the complaint. It didn’t happened and he returned the next day and intended to kill the boy when he threw him over, according to the prosecution.

Aranda’s family told KSTP-TV that Aranda has struggled with mental health issues and has had violent tendencies since childhood. 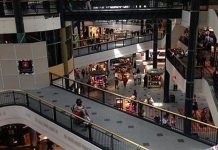 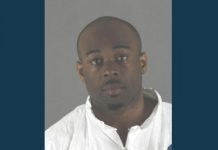 Suspect ‘planned to kill’ in Mall of America attack on 5-year-old, police say 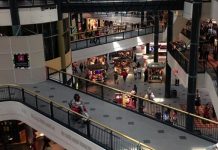