Dec. 27 (UPI) — Arts and crafts retailer The Michaels Cos. announced the hiring of Ashley Buchanan on Friday as its second CEO in two months.

He will become Michaels’ president and designated CEO on Jan. 6, and will formally replace outgoing CEO Mark Cosby in April. Buchanan was formerly the chief merchandising officer of Sam’s Club, a Walmart subsidiary, before assuming the same position in Walmart’s e-commerce division.

“Michaels is an iconic brand, and I am excited about the tremendous opportunity we have in front of us to reimagine and redefine the experience of our makers [a reference to the company’s customers],” Buchanan said Friday in a statement. “Our community is unique, and I am thrilled about the opportunity to lead our makers-centered strategy and help take Michaels to a whole new level.”

Cosby, who formerly was vice president of Office Depot’s North American division, joined Michaels in October as interim CEO. The Texas-based company regards itself as North America’s largest provider of arts, crafts, framing and decor merchandise, with 1,260 stores in the United States and Canada as well as an Internet presence.

The year has been one of high executive turnover, with 1,480 CEOs leaving their positions through November 2019, an industry report said. The figure is 12 percent higher than the 1,323 CEOs who announced their exits through November 2018, and will likely surpass the previous full-year high of 1,484 CEO departures in 2008. 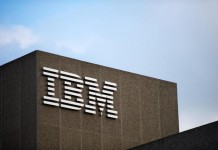 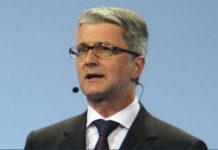