The incident occurred in the town of Sheikh Zuweid, where an Islamic State-affiliated group known as Sinai Province has been conducting sporadic attacks a network of Egyptian military installations. On July 19, five soldiers were killed when militants attacked two checkpoints in the town.

The family, which included three children, had been hiding in their house when the mortar rounds came in. Nine of the family’s neighbors were injured.

An official security source, speaking on condition of anonymity, told Xinhua news agency the attack appeared to be accidental, and that the militants were likely targeting an adjacent security checkpoint.

In April, Xinhua reported a similar scenario in which militant shell fire accidentally hit two houses in Sheikh Zuweid, killing 11 civilians, including a 2-year-old child, and injuring six others.

Early in July, the Egyptian military said nearly 100 people died when militants, some using pickup trucks with mounted anti-aircraft guns, known as “technicals,” attacked in a series of coordinated waves against several checkpoints in the town. Reports of casualties varied in the aftermath of the assault, which was the largest yet against Egyptian forces in the Sinai Peninsula.

Later in the month, militants with Sinai Province claimed responsibility for a guided missile attack on an Egyptian naval vessel off the coast of the peninsula.

Following the attack, Egyptian President Abel-Fatah al-Sisi said the country was “in a real state of war.”

Last November, Egyptian Islamist group Ansar Beit al-Maqdis, based in the Sinai Peninsula, pledged loyalty to IS leader Abu Bakr al-Baghdadi in an audio message on Twitter before changing its name to Sinai Province.

The group has reportedly killed more than 600 Egyptian soldiers and police officers since President Mohamed Morsi was overthrown in 2013. 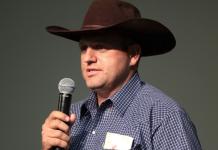