CAMBRIDGE, Mass., Jan. 11 (UPI) — At least five of the 11 most distant stars in the Milky Way were likely stolen from another galaxy, Harvard astronomers suggest.

The stars of interest are all 300,000 light-years away, outside our galaxy’s spiral disk. Researchers believe the stars are part of a slow but steady flow of cosmic material being pulled from the Sagittarius dwarf, one of many mini-galaxies circling the Milky Way, drawing closer with each orbit.

Researchers built a model to simulate the path of Sagittarius dwarf over the past 8 billion years, using live astronomical observations to replicate its velocity and approach.

“The starting speed and approach angle have a big effect on the orbit, just like the speed and angle of a missile launch affects its trajectory,” Harvard theorist Avi Loeb said in a news release.

The computer simulations showed the approaching galaxy would, over the course of 8 billion years, lose at least a third of its stars and 90 percent of its dark matter. The model predicted three streams of stars stretching from Sagittarius to the center of the Milky Way, more than 1 million light-years across space.

The Sloan Digital Sky Survey helped astronomers identify the five stars believed to be a small part of the streams of stolen material flowing into the Milky Way. Astronomers hope the survey will eventually uncover the larger structure, as predicted by their models.

“The star streams that have been mapped so far are like creeks compared to the giant river of stars we predict will be observed eventually,” said Marion Dierickx of the Harvard-Smithsonian Center for Astrophysics. “More interlopers from Sagittarius are out there just waiting to be found.”

Researchers detailed their discovery in the Astrophysical Journal. 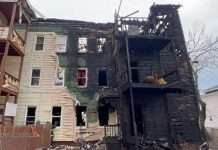