Adams died Monday, Dec. 21, in an Olympia, Wash., hospital, according to the Northwest Indian Fisheries Commission.

“An indispensable leader, and essential follower and a brilliant strategist, he shaped more Native American civil, human and treaty rights policies than most people even know are important or why,” the commission said in its announcement.

An Assiniboine-Sioux and a member of the Franks Landing Indian Community, Adams was born on Montana’s Fort Peck Reservation and raised on the Quinault Reservation in Washington state.

He joined the National Indian Youth Council in 1963 and started focusing on tribal treaty rights, becoming well known in the 1960s and 1970s for protesting state fishing regulations during what came to be called the Pacific Northwest Fish Wars.

Adams was shot and arrested several times for protesting for fishing rights outlined in treaties the United States negotiated with tribes in the 1800s.

In 1974 he directly represented tribal fishing people in US v. Washington, when the federal appeals court rules that Native Americans retained hunting and fishing rights in their territories.

In the 1970s, Adams was active in the American Indian Movement and participated in 1972’s Trail of Broken Treaties march across the United States.

That march culminated with activists occupying the Bureau of Indian Affairs in Washington, D.C., which Adams helped resolve.

He remained a steadfast advocate for the education of young Native Americans on treaty rights until his death. 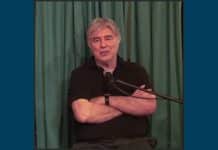 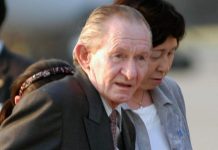