GENEVA, Switzerland, April 17 (UPI) — As many as 155 countries rolled out a new polio vaccine worldwide Sunday in an effort to eradicate the crippling disease.

The vaccine switch, 18 months in the planning, is expected to improve the match between the viruses that remain in the wild and the vaccine that suppresses them. If all goes as planned, the new vaccine will improve children’s immunity to wild-type polio while removing their vulnerability to a variant of the disease that can be accidentally caused by the vaccine itself.

The Global Polio Eradication Initiative announced Sunday 155 countries will stop using the trivalent oral polio vaccine between April 17 and May 1, which protects against three strains of wild poliovirus, and Types 1 and 3, AllAfrica.com reported.

There were only 74 cases of polio reported in 2015 and there have been 10 so far this year, all of which were in Afghanistan and Pakistan, the BBC reported. The African continent has been free of the paralyzing disease for more than a year.

Switching to the new vaccine is considered a huge, if risky, logistical exercise. During the changeover, thousands of people will be monitored in 155 countries. The change is occurring mostly in developing countries, but also in some of the richer countries such as Russia and Mexico.

This switchover will require moving millions of doses of a new vaccine in to those countries while sequestering the remaining stocks of the old one, National Geographic reported.

It is just one of the many maneuvers in the quest to truly end polio, which caused more than 350,000 cases of paralysis a year in the 1980s.

“We’re closer than ever to ending polio worldwide, which is why we are able to move forward with the largest and fastest globally synchronized vaccine switch ever,” said Michel Zaffran, director of Polio Eradication at the World Health Organization. “It is a massive undertaking, but it is testimony to how much progress is being made toward achieving a lasting polio-free world and to the commitment of all countries to make this dream a reality.”

The new vaccine is expected to particularly help the most vulnerable to infection, the Global Polio Eradication Initiative said in a press release from its partners, which include Rotary International, the World Health Organization and the U.S. Centers for Disease Control and Prevention. 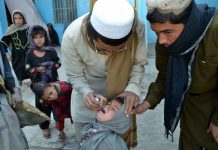 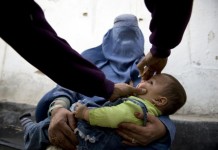