The military killed 30 Boko Haram members, and seized arms and ammunition. The captives, who included 138 women and 192 children, were freed in the attack on the villages of Bulajilin and Manawashin in Nigeria’s Sambisa forest, site of a Boko Haram stronghold.

It was not clear if the hostages included any of the 276 schoolgirls captured in Chibok in April 2014, a Boko Haram action which brought international attention to Nigeria’s fight against the radical group.

Nigerian President Muhammadu Buhari, elected in May on a platform which includes the defeat of the Islamist group, has ordered his military leaders to end the insurgency — responsible for the deaths of at least 17,000 people and the relocation of more than 2.5 million others — by December.

“The successful clearance operations and ambushing of terrorists has further degraded them and saved the lives of so many innocent victims of their suicide bombings,” said Col. Sani Kukasheka Usman, a Nigerian Army spokesman.

The Sambisa offensive came after 61 people died over the weekend in Boko Harambombings of two mosques in the cities of Yolo and Maiduguri. 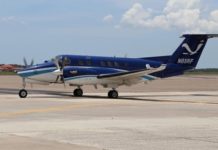