June 18 (UPI) — Dominican Republic officials are investigating the death of a 55-year-old New Jersey man found dead in a hotel room there last Thursday, marking the ninth American tourist to die on the island nation in the Caribbean in recent months.

Authorities have not revealed the cause of death for Joseph Allen, 55, of Avenel, N.J., but family members said he had complained about the heat June 12 before retiring to his room. He was found dead the next day during a wellness check.

His family had traveled to the Terra Linda Resort in the Dominican city of Sosua for a friend’s birthday June 9.

“The maid opened the door, screamed, slammed the door,” Jason Allen told WCAU-TV. “My brother is on the floor dead between his room and the bathroom.”

Allen’s sister Jamie Reed said she wanted her brother’s body returned to the United States for an autopsy, considering the other past deaths in the Dominican Republic.

“I just don’t want them to suppress anything, especially with them embalming the body,” Reed said, WPVI-TV reported. “We want answers. We’ve reached out to everybody, including Sen. (Robert) Menendez to try to get some help from anyone.

“… We deserve answers. … My brother was my best friend. I spoke to him every day. This is killing me,” she continued.

Leyla Cox, 53, of Staten Island, N.Y., died earlier this month while staying at the Excellence Resort in Punta Cana. She was found dead in her hotel room a day after her birthday. While the U.S. Embassy told the family that her death was ruled a heart attack, her son Wil Cox said he was suspicious given the past deaths of American tourists.

Media reports of the death have led to other Americans tourists telling their stories of family members and friends dying while booked at Dominican Republic resorts. At least two died after drinking from the minibar at the resorts, according to their family members. 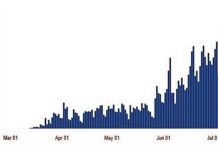