June 7 (UPI) — Children in New York City may have fewer opportunities to cool down with a sweet treat this summer after city officials seized 46 ice cream trucks that collectively owe $4.5 million in fines and parking tickets.

Mayor Bill de Blasio’s office said that the operators of the trucks were involved in a scheme to create dozens of shell companies to avoid paying the millions in debt. The owners amassed the debt between 2009 and 2017 through tickets for running red lights, parking near fire hydrants and blocking pedestrian crosswalks, the city said.

The city seized the vehicles Wednesday as part of a crackdown dubbed Operation Meltdown.

“No New Yorker is above the law — especially those who try to ignore public safety laws and create dangerous situations for pedestrians, bikers and drivers,” de Blasio said. “For years, these owners have ignored public safety laws and have driven dangerously in one of the busiest areas of the city. This seizure marks the end of the road for these scofflaw ice cream vendors.”

The city said its Department of Finance attempted to collect the $4.5 million owed through “traditional means” but was unsuccessful because the owners involved never had bank accounts.

“We all know from common experience that ice cream trucks are magnets for children. In order to protect this particularly vulnerable category of pedestrians, our traffic laws must be strictly enforced,” Corporation Counsel Zachary Carter said. 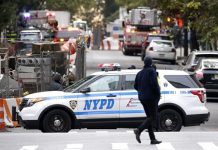 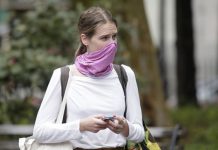