The online petition, which had more than 5,800 signatures Friday, calls for the renaming of the block between 56th and 57th Streets in Manhattan “President Barack H. Obama Avenue.”

The petition cites a recent renaming of a stretch of highway in downtown Los Angeles after the 44th U.S. president.

“We request the New York City Mayor and City Council do the same by renaming a block of Fifth Avenue after the former president who saved our nation from the Great Recession, achieved too many other accomplishments to list, and whose two terms in office were completely scandal free,” it states.

If approved, the change would affect one high-profile tenant on the block. President Donald Trump’s Trump Tower would be located on Barack H. Obama Avenue. Trump has a residence in the tower, which will also serve as the headquarters of his 2020 re-election campaign. 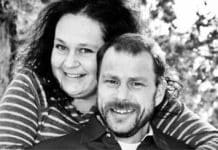