Feb. 7 (UPI) — Polish President Andrzej Duda on Tuesday signed controversial legislation making it illegal to blame his country for any role in the Nazi Holocaust.

Duda ratified the law despite worldwide opposition, including from governments in Israel and the United States.

He said he would also ask Poland’s Constitutional Tribunal to evaluate the bill, including whether it should be amended.

“This guarantees Polish interests, such as our dignity and the historical truth — that we will be fairly evaluated in the world,” Duda told reporters in Warsaw. “On the other hand, my decision takes into account the sensitivity of people for whom the historical truth and the truth about the Holocaust is extremely important.”

Last Thursday, the proposal passed the upper house of the Polish parliament with a 57-23 vote, with two abstaining.

Jaroslaw Kaczynski, leader of the right-wing Law & Justice party, called for Duda to sign the legislation.

The law, which calls for prison terms of up to three years for attributing the crimes of Nazi Germany to Poland, takes effect 14 days after it is officially published.

“We don’t have any intention to prosecute someone who says that somewhere a single Jew or a family were murdered,” Kaczynski told public radio on Feb. 3. “Such events took place and we never denied this.”

On Tuesday, several dozen activists chanted anti-Semitic slogans at a rally in front of his presidential palace. One banner read: “Take off your yarmulke and sign the bill.” Others demonstrated against the legislation.

Israeli Prime Minister Benjamin Netanyahu has said the measure is an attempt to rewrite history and curb free speech.

“One cannot change history, and the Holocaust cannot be denied,” Netanyahu said in a statement on Jan. 27.

Israeli legislators have in response drafted a bill that would offer support to any Holocaust survivors or educators prosecuted under the new Polish law.

About 3 million Jews from Poland died in the Holocaust

In a statement last week, the U.S. State Department said the phrase “Polish death camps” was “inaccurate, misleading, and hurtful” but cautioned that the bill “could undermine free speech and academic discourse.”

“There is too much room for interpretation,” Agnieszka Markiewicz, the director of the American Jewish Committee’s central Europe office told The Washington Post. “Who is going to determine what artistic or academic expression means? A scholar associated with a university might be excluded, but what about a school teacher who shares some of the horrible stories that happened in Poland?” 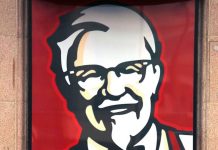