OSWEGO, N.Y., Aug. 18 (UPI) — A sloop thought to be the oldest known commercial ship to have sailed the Great Lakes has been found at the bottom of Lake Ontario by shipwreck explorers.

The Washington, a rare 18th century sloop, has been found on the bottom of the lake on the border between Canada and the United States. In its day, the single-mast sloop sailed Lake Ontario and Lake Erie.

The Washington was carrying a full cargo between Kingston, Ontario and Niagara, Ontario, Canada when it was lost in a storm in early November 1803.

Though first discovered in June by Jim Kennard, Roger Pawlowski and Roland Stevens using high-resolution, side-scan sonar, it has taken the shipwreck explorers more than a month to confirm the sunken ship was the Washington due to lake conditions.

The men believe it is the oldest intact commercial sailing ship to have been lost and found on the Great Lakes. 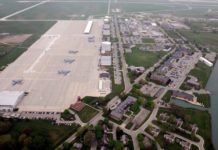 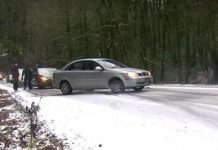