Nov. 9 (UPI) — If nations and their research institutions are to produce more impactful science, they need to encourage scientists to travel, collaborate and work across international borders — not restrict them.

Concerned and curious about how new policies like Brexit and U.S. President Donald Trump‘s travel ban might impact science, researchers have been taking a closer look at the relationship between movement, collaboration and productivity.

Their work has revealed patterns that include strong correlations between mobility, collaboration and scientific impact.

These correlations were revealed by an analysis of scientific citations. Thanks to improved databases, scientists can now more accurately track how many times a study and its authors are cited by others. They can also normalize these numbers for each specific scientific field.

If a scientist publishing in the field of biology is cited 20 times, and the average biology paper is cited four times, the scientist earns an impact factor of four.

Sugimoto and her colleagues are careful, however, not to equate impact with quality.

“A citation score is not a good measure of scientific quality,” Sugimoto, an associate professor of informatics at Indiana University, told UPI. “The best word for it is visibility, what I see is connection between impact and the visibility.”

In interviews, Sugimoto and her colleagues regularly reference the Matthew effect, which describes the accumulative advantage enjoyed by the most accomplished scientists. The effect works like a positive feedback loop, the most cited scientists are more likely to be mobile, and their mobility leads to more citations — the richer get richer.

But by narrowing their focus and viewing the correlation from a variety of angles, researchers say they were able to show mobility truly is a boon to impactful science.

“The patterns are quite consistent, so we are more or less certain that this is happening,” said Nicolas Robinson-Garcia, a social scientist and bibliometrics specialist at the Technical University of Valencia in Spain.

But besides more impactful, visible science, what happens when researchers move? How do they move and where do they go?

Sugimoto, Robinson-Garcia and their colleagues tracked scientists’ movement by tracing citations. Each citation is linked with an author’s affiliation with one or more universities or research institutions. The country where a scientist first publishes is considered the scientist’s country of origin.

“It’s really important to disentangle academic origin from country of origin,” Sugimoto said. “We’re most interested in the country that produced you academically.”

When a researcher is cited with a new affiliation in a different country, the scientist is classified as mobile. Researchers classify mobile scientists as either migrants or travelers.

If someone continues to add new affiliations around the world, but never drops their original affiliation — or maintains affiliations with their home country — they are travelers.

Not all mobility is created equal. North America and Europe tend to operate as both an incubator and producer — cultivating talent from elsewhere and introducing well-cited scientists to other parts of the world. Asian countries are mostly recruiters, bringing already accomplished scientists into their networks.

“We found women coming from many Middle Eastern countries, once they arrive in the U.S., had a much higher jump in their production and impact than their male counterparts,” Sugimoto said. “Mobility allows for new voices in science that might not have been heard otherwise.”

But mobility can also be a double-edged sword — the Matthew effect is always lurking.

Men tend to be more mobile, and thus are in an advantaged position when it comes to benefiting from the impact boost movement offers.

“Young moms don’t move around as much and don’t go to conferences as much,” said Caroline Wagner, who conducts research in the field of science and technology at Ohio State University.

Wagner is the lead author of another study looking at how a country’s openness impacts scientific productivity and impact. Wagner and her colleagues assigned countries openness scores based on how easily researchers are able to come and go, how much collaboration is emphasized and how often scientists share co-authorship with scientists from other countries.

Like Sugimoto, Wagner found a correlation between the ability to move and scientific impact. In fact, Wagner’s work showed a country’s openness was a better predictor of impactful science — more frequently cited science — than investment in research and development.

“New knowledge creation is recombination of ideas and thoughts into new and usually unexpected formations,” Wagner said. “Brains working together, challenging one another tends to contribute to creativity.”

Wagner says the research shows diversity breeds greater creativity, which is why she thinks it’s important to encourage, not restrict, mobility and collaboration.

To encourage this kind of diversity, Sugimoto would like to see places like the United States change the way they fund the sciences.

“Our funding agencies keep thinking about national competitiveness and so we fund nationally instead of internationally,” Sugimoto said. “The EU has taken a different approach — and the U.S. is falling behind on that — by cultivating relationships and not creating barriers.”

“I am very concerned that international collaboration — while exciting and fruitful — can leave the local level somewhat impoverished,” Wagner said.

Now, the question for Wagner, Sugimoto and others becomes, how can science policy encourage mobility and collaboration while ensuring the benefits they offer are broadly shared.

“Policymaking needs to shift from a ‘push’ model of creating knowledge to a ‘scan and integrate’ model,” Wagner said. “Smart people are all over and new ideas are emerging worldwide. Governments need to be scanning the global and helping reintegrate knowledge so that it is available locally when and where needed.” 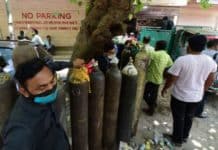 U.S. halts travel from India due to severe COVID-19 surge 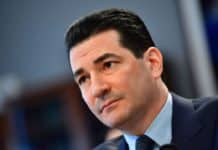 Ex-FDA commissioner: U.S. must ‘be clear’ on purpose of COVID-19 travel restrictions