Aug. 6 (UPI) — After a half decade of declining attendance since the release of controversial documentary Blackfish, SeaWorld’s troubles might be over. The company announced Monday a near 5 percent jump in attendance in the second quarter.

In addition to the 4.8 percent jump in attendance — to 6.4. million people — SeaWorld said Monday total revenue increased by $18.2 million, or 4.9 percent, in the second quarter.

SeaWorld Entertainment’s stock rose more than 16 percent to 24.60 per share in afternoon trading, on news of the figures.

“The results were driven by our new strategic pricing strategies, new marketing and communications initiatives and the positive reception of our new rides, attractions and events,” said interim CEO John Reilly.

The company has come under fire in recent years after CNN’s Blackfishoffered a critical look at the amusement park’s treatment and breeding of its famed killer whales, or orcas. CEO Joel Manby stepped down in February after SeaWorld lost more than $200 million in fiscal year 2017.

In March 2016, the company announced it stopped breeding orcas and that those under its care would be the last generation of the animal kept in its water parks. 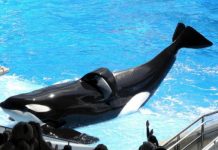 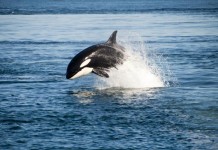 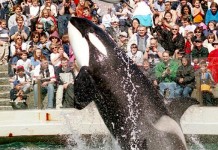