ATLANTA, Jan. 7 (UPI) — Single parents, especially single mothers, were found to be the most sleep-deprived people in the United States, according to the Centers for Disease Control and Prevention.

The CDC report found single parents were the most likely to report sleeping less than seven hours a night, and have worse quality of sleep, more insomnia symptoms, and are more likely to use sleep medication.

The agency said getting sufficient sleep is a national health objective, and key to maintaining other parts of health. Studies at Upsalla University and at the University of Copenhagen in 2015 found a lack of sleep could increase the risk for a range of health conditions, from diabetes to cancer.

“Research has shown that single parents have fewer financial resources,” researchers wrote in the report, which is published on the CDC’s website, “and this report finds that sleep is another domain in which single-parent families are disadvantaged.” 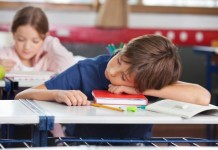