The Sudanese Professionals Association referred to the attack via Twitter as a “massacre,” stating that Sudanese security forces killed two people when they opened fire on protesters out front of the Defense Ministry in the capital Khartoum at around 5 a.m.

Protests demanding that rule of Sudan be handed over to civil society have been staged out front of the ministry since April. The military then ended dictator Omar al-Bashir’s 30 years at the country’s helm in a military coup later that month, but protests persist demanding the country be immediately handed over to the people.

The military has since created a Transitional Military Council in order to facilitate the handing over of power, which it said could take up to three years.

The opposition SPA took to Twitter during the attack Friday to appeal to humanitarian organizations, urging them to “intervene to help the patients trapped in the picket square, in their homes and in some hospitals” surrounded by security forces.

The opposition also called on Sudanese citizens to take to the streets in protest.

“Go out in marches and block all streets and bridges in order to protect the revolution,” the SPA said on its website. “SPA and allies also call for a general disobedience until the Transitional Military Council is toppled.”

British Ambassador to Sudan Irfan Siddiq said on Twitter to condemn the attack on the protesters.

“Extremely concerned by the heavy gunfire I’ve been hearing over the last hour from my residence and reports that Sudanese security forces are attacking the protest sit-in site resulting in casualties,” he said. “No excuse for any such attack. This. Must. Stop. Now.” 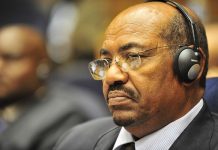 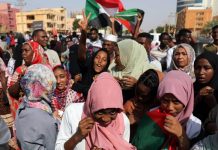 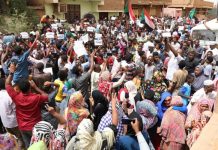