Oct. 7 (UPI) — White House senior adviser Stephen Miller, a top Coast Guard official and a third deputy for press secretary Kayleigh McEnany tested positive for COVID-19 on Tuesday as the virus continued to spread among the highest levels of the U.S. government.

“Over the last five days I have been working remotely and self-isolating, testing negative every day through yesterday,” Miller said in a statement. “Today, I tested positive for COVID-19 and am in quarantine.”

Miller serves as a senior adviser for policy for Trump and has had a hand in much of the administration’s immigration policy.

Meanwhile, several members of Pentagon leadership, including the chairman of the Joint Chiefs of Staff, Army Gen. Mark Milley, are in quarantine and working from home after a top Coast Guard official tested positive.

The Coast Guard confirmed Tuesday that Adm. Charles Ray, vice commandant of the U.S. Coast Coast, tested positive for the virus Monday, and a spokesman for the Pentagon said Ray was at the Pentagon last week for meetings with other top military leaders.

“On Monday, the Vice Commandant of the Coast Guard, Admiral Charles Ray, tested positive for COVID-19. He was tested the same day, after feeling mild symptoms over the weekend,” said a statement from the Coast Guard issued Tuesday.

Pentagon spokesman Jonathan Hoffman said Ray was at the Pentagon for meetings last week with other senior military leaders and that “all potential close contacts” from those meetings were self-quarantining and were tested Tuesday.

According to Hoffman, no Pentagon contacts have exhibited symptoms or tested positive for the virus.

That event took place one day after President Donald Trump held a ceremony announcing the nomination of Judge Amy Coney Barrett to the Supreme Court.

Several people who attended that event have since tested positive for the virus. 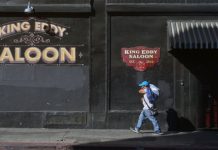 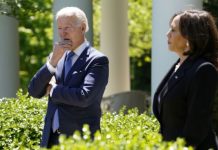 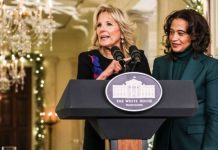