May 23 (UPI) — The Supreme Court on Monday issued a ruling that tightens U.S. patent law and makes it more difficult for “patent trolls” to win damages in federal court.

The high court unanimously ruled that all patent lawsuits must now be argued and heard in whichever state the defendant resides — a significant change that blocks patent holders from filing in states that are more likely to rule in their favor.

Eight of the nine justices made the decision in TC Heartland v. Kraft — a case in which Kraft sued the flavored drink-maker in a Maryland court, claiming patent infringement. TC Heartland unsuccessfully tried to get the case moved to Indiana, where it resides.

Following the conclusion of the case, which ruled for Kraft, TC Heartland took its appeal all the way to the Supreme Court.

Monday’s ruling is particularly harmful to so-called “patent trolls” — companies or individuals that purchase patents with the sole intention of forcing other corporate entities to pay licensing or royalty fees to use them.

The issue of where patent cases are heard has often been a critical one. In the past, many plaintiffs filed their suits in states or districts that are historically friendly to patent holders — such as Texas and Maryland. In fact, nearly half of all patent infringement cases in the United States have been filed in east Texas federal court — more than the total number of such cases seen in California, Florida and New York combined.

In its decision, the court reversed a 1990 decision by the U.S. Court of Appeals for the Federal Circuit that allowed patent infringement cases to be filed away from the defendant’s home state. The ruling incorrectly interpreted a 1957 Supreme Court ruling on the issue and falsely concluded that Congress had changed the rules, the high court concluded.

“The Federal Circuit’s permissive venue rule has fundamentally shaped the landscape of patent litigation in ways that harm the patent system, by enabling extensive forum shopping and forum selling, supporting opportunistic patent litigation by patent trolls,” attorney Mark Lemley wrote in a friend of the court filing, with 60 other legal experts, in behalf of TC Heartland.

“The half of patent cases previously filed in East Texas will now have to shift to places like Delaware, California and New York,” patent attorney Shawn Hansen said Monday. “The costs of defending patent litigation will be reduced, and the costs of patent trolling activity will be increased.”

Justice Clearance Thomas wrote for the court. The newest justice, Neil Gorsuch, did not hear the case. 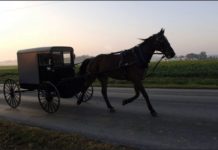 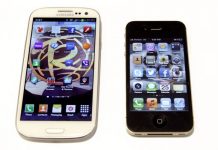 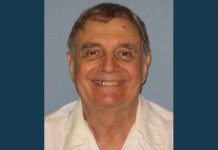