Lawyers for the Republican leadership in Congress and the states will challenge President Barack Obama’s actions on the immigration matter, just as they have over healthcare and same-sex marriage.

The president’s legal team will have to win over at least one of the high court’s more conservative justices, the Los AngelesTimes reported.

If the vote splits – possible with the recent death of Justice Antonin Scalia – it would keep in place a Texas judge’s order to block Obama’s deportation relief plan from taking effect.

The president, in November 2014, unveiled the centerpiece for his second term: executive actions to allow millions of undocumented immigrants to come out of the legal shadows in this country, WGNO ABC reported. The Texas court put the brakes on the plan, sending it to the Supreme Court.

The eight justices will hear from 26 states and the House of Representatives that are challenging the president’s action.

At issue is whether the president has the power to extend such “temporary relief” from deportation and offer work permits to immigrant parents of U.S. citizens or lawful residents. Immigration experts say about a quarter of those who stand to benefit live in California.

In a written brief, Republicans said Obama’s order is a threat to the constitutional system because if he can defy Congress and change the law himself, the nation has abandoned its “bedrock of constitutional principal.” States call the executive actions “an extraordinary assertion of executive power.”

Texas Solicitor General Scott Keller, acting as lead lawyer in the case, argues in court papers the administration “has unilaterally crafted an enormous program—one of the largest changes ever to our Nation’s approach to immigration” and in doing so, the president dispensed with immigration statutes by declaring unlawful conduct to be lawful.” 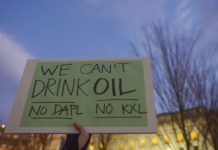 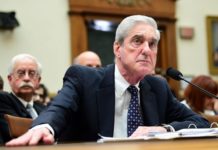