Hamilton County Chancellor Jeffrey Atherton cited several reasons last week in rejecting the divorce petition from Thomas and Pamela Bumgardner, including his contention that the U.S. Supreme Court’s June ruling impaired the authority he and other state judges have to hear divorce and marriage litigation.

Atherton said in his ruling the Supreme Court must now clarify “when a marriage is no longer a marriage.”

“The conclusion reached by this Court is that Tennesseans have been deemed by the U.S. Supreme Court to be incompetent to define and address such keystone/central institutions such as marriage, and, thereby, at minimum, contested divorces,” Atherton wrote.

“He is just making a statement,” she told the Chattanooga Times Free Press. “I just think change is hard for people.”

Atherton declined to discuss his decision with the Times Free Press.

“I don’t want extraneous conversation,” he said. “I’ll have to stick with the words of the order.”

The judge suggested an alternate course of action for the Bumgardners.

“Hopefully,” he said, “they can reconcile.” 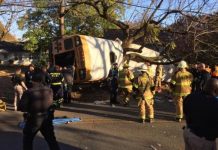 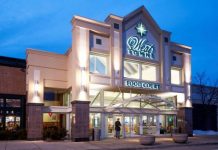