Under questioning from her defense team, Holmes, 37, told the court through tears that she built the blood-testing company in 2003 after leaving Stanford University where she was raped, and that Balwani, who she first met in China after graduating high school, offered to console her after she disclosed her trauma but went on to control her daily life and force her into sex over the course of their relationship.

“He told me that I didn’t know what I was doing in buisness, that my convictions were wrong, that he was astonished at my mediocrity,” she said, adding that Balwani told her she needed to “kill the person I was” in order to become successful.

The revelation came amid the three-month trial in which she faces 11 counts of fraud charges for defrauding investors in order to bilk $700 million before the company was dissolved in September 2018.

Balwani is also facing charges in a separate trial scheduled for next year for the alleged fraud scheme.

During her testimony, Holmes said Balwani told her she needed to spend all of her time on the business, including not sleeping much and only eating foods that “would make me pure.”

Holmes’ attorney also presented the court with notes from Balwani instructing Holmes to spend 30 minutes every morning “to write what I want from my day” and to “always give crisp, clean goals and feedback to my subordinates, even if they don’t like it — especially if they don’t like it.”

Holmes also testified that Balwani complained she spent too much time with her family and would force her into sex, including once after a Thanksgiving dinner where he felt she was “not paying attention to him.”

“He would get very angry with me, and then he would sometimes come upstairs to our bedroom and he would force me to have sex with him when I didn’t want to because he would say that he wanted me to know that he still loved me,” she said.

Balwani’s attorney said he “adamantly denies” the claims of abuse and said they are “deeply offensive” and “devastating personally to him.”

On Monday, Judge Edward Davila heard arguments in response to a motion from Holmes’ counsel requesting to admit prior testimony Balwani gave in Securities and Exchange Commission depositions.

“Ms. Holmes desires to call Mr. Balwani as a witness in her defense case to testify to his management of certain aspects of Theranos’ operations put at issue in the government’s case in chief, including the CLIA laboratory operations, the Walgreens and Safeway relationships, the company’s financial model and a software protocol used in certain technology demonstrations,” a court document read.

The prosecution countered that Balwani had a “motive of love” at the time of his earlier statements, coming one year after their relationship, stating they would not meet the “trustworthiness” threshold to be admitted to the trial. 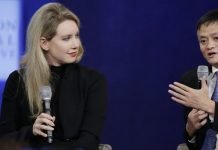