The announcement comes more than a month after the Supreme Court ruled against the administration’s attempts to end the program, which gives protections to undocumented immigrants brought to the United States as children.

In addition to blocking new applications, the department said it would only renew applications on a case-by-case basis and renewals will be for one year instead of two.

“As the Department continues looking at the policy and considers future action, the fact remains that Congress should act on this matter,” acting Secretary Chad Wolf said. “There are important policy reasons that may warrant the full rescission of the DACA policy.”

“The administration is now undertaking a comprehensive review of the DACA program and the justifications that have been offered for winding DACA down, including its illegality and the negative effects the program has on what I call ‘immigration behavior,’ including smuggling and illegal crossings,” the official told reporters in a briefing call.

The Supreme Court voted 5-4 against the Trump administration’s bid to end DACA on June 18, calling its attempts arbitrary and capricious, and illegal under the federal Administrative Procedure Act.

Chief Justice John Roberts, writing for the majority, said eliminating DACA wasn’t unconstitutional, but that the Trump administration needed to provide a better reason for doing so.

President Barack Obama started the DACA program with an executive order in 2012 in an effort to provide temporary relief from deportation for children brought to the United States by undocumented parents. It also allows them to work and go to school in the United States without risk of being sent to their country of birth.

Trump sought to end the program in favor of allowing Congress to pass its own immigration reform, which failed. 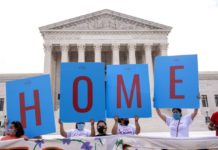 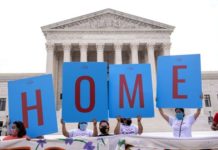 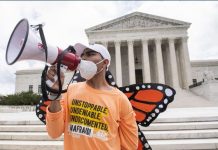