Oct. 26 (UPI) — The National Archives on Thursday published 2,800 previously secret documents related to the assassination of President John F. Kennedy, but President Donald Trump ordered about 30,000 others to be withheld.

Trump directed relevant federal agencies to conduct a review of the remaining unreleased documents that the CIA and FBI asked to be withheld citing national security concerns, the White House said.

The majority of of government material regarding Kennedy’s assassination had previously been released, so no bombshell exposes, or a new twist to any of stories within the drama of Kennedy’s death, were expected. About 3,000 full documents and 30,000 partly redacted documents, though, were still being kept secret.

A National Archives and Records Administration official told reporters that all documents released Thursday were in full. They can be viewed by the public on the NARA website.

Trump gave federal agencies six months to full review the documents still being withheld to further narrow down what they believe must be kept secret.

“The president wants to ensure there is full transparency here and is expecting the agencies to” determine what more can be released as quickly as possible, a White House official said.

“It should be a rare thing that information is withheld,” the official said.

A National Security Council official said there will be rolling releases of information between now and the deadline of April 26.

Kennedy was assassinated on Nov. 22, 1963, while riding in a motorcade in Dallas, Texas, during a campaign trip. As the first globally galvanizing incident of the television era, the assassination has long had a hold on public imagination.

For decades, a number of conspiracy theories have suggested that the conclusion of the government’s official Warren Commission inquiry — that Lee Harvey Oswald acted alone in killing Kennedy — was at best, inaccurate, and at worst, a cover-up.

The release of the documents by the National Archives and Records Administration, however, were not expected to reveal much about the shooting that’s not already known. It could, however, shed new light on ancillary issues in the historical narrative.

Relatively little has been revealed, for example, about Oswald’s trip to Mexico City two months before the assassination. On the trip, he met with Cuban and Soviet representatives. Initial review of the trove released Thursday evening indicate some documents include the keywords “Mexico City.”

The papers released Thursday could also offer insight on the careers of longtime CIA operatives E. Howard Hunt and James McCord — two figures who later became known for their involvement in the Watergate scandal.

At the end of its investigation, the Warren Commission ordered tens of thousands of documents related to the shooting locked away until the year 2039. A subsequent congressional investigation a decade later ordered its files in the case sealed until 2029.

In 1992, however, following the controversial and influential film JFK, Congress took action to have most of the documents immediately released to the public. Those records that remained classified continued to be guarded due to a number of reasons, such as they contained sensitive or tax information.

Most of the information still held by the government has been classified as “not believed relevant” to the assassination investigation. Those who remain fascinated with the now 54-year-old story, though, still await Trump to approve release of the documents.

Kennedy’s assassination became a watershed moment in television journalism, as well as the reporting of breaking news. United Press International, the first news organization to report the shooting, ultimately won a Pulitzer Prize for its assassination coverage. 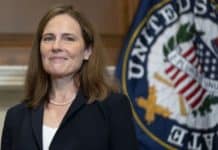