MUMBAI, Sept. 11 (UPI) — Twelve men were convicted in an Indian court Friday for the 2006 bombing of commuter trains in Mumbai that killed 188 people and injured 817.

The accused were convicted of waging war against the country, murder and conspiracy. Another man accused in the attack was acquitted.

The serial bombings on the afternoon of July 11, 2006 struck a moving train and seven trains parked in stations at eight-minute intervals. The lengthy trial demonstrated that explosives-packed pressure cookers were used to cause the detonations.

Prosecutors claimed the attacks were planned by ISI, Pakistan’s intelligence agency, and conducted by the terrorist Lashkar-e-Taiba organization, with help from the banned Students’ Islamic Movement of India. Pakistan rejected the indictment, saying the Indian court provided no indication of Pakistani involvement.

The arrests were made by India’s anti-terrorism agents, and the suspects were tried under the country’s Maharashtra Control of Organized Crime Act.

The Mumbai train system, among the busiest in the world, has a history of attacks. Explosions and coordinated attacks by gunmen began in 1993, when a series of explosions killed 257 people. There have been other deadly incidents in 2003, 2006, 2008 and 2011.

Sentencing for the 12 men was scheduled for Monday. 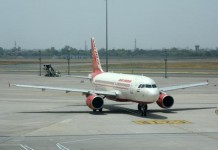 Air India Technician Killed After Being Sucked Into Jet Engine