July 20 (UPI) — British Secretary of State for Defense MP Gavin Williamson was joined by Australian Minister of Defense Marise Payne on a tour of BAE Systems Glasgow shipyard on Thursday.

The visit concerned a discussion of the Australian SEA 5000 Future Frigates Program, and included a viewing of the new Type 26 Global Combat Ship Glasgow.

Construction of the Glasgow started about a year ago, and the visit was only days after an announcement by the Australian Government that its nine anti-submarine Hunter-class frigates will be based on the U.K.’s new Type 26 design.

The Hunter-class will be built by BAE in Australia for the Royal Australian Navy.

“Australia’s selection of the Type 26 Combat Ship for its Future Frigates program reflects the world-leading anti-submarine warfare capabilities these ships will deliver to the U.K. and to the Commonwealth,” Charles Woodburn, BAE’s chief executive, said in a press release.

Australia’s contract could be worth well over $26 billion and has been their largest naval acquisition for over ten years, according to the Australian government.

“This renaissance in British shipbuilding is great news for our major yards, but also for the whole defense industry, with millions being injected into so many businesses, both big and small, supporting and supplying our world-class warships,” Williamson said.

The Type 26 supply chain has now seen investment worth over $1.3 billion, and many of the businesses involved are now perfectly placed to benefit from Australia’s $26 billion, according to Williamson.

The 6,900-ton warships are designed for a number of naval missions, including anti-submarine warfare. 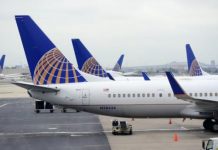