At least 300,000 Syrians have died in the half-decade Syrian civil war, Hussein said, adding that he and his human rights staff have “documented violations of international humanitarian law by all parties in Aleppo,” which includes Russia, Syrian President Bashar al-Assad‘s regime and anti-Assad rebels. The Islamic State has not played a major role in Aleppo but has carried out attacks.

“The ancient city of Aleppo, a place of millennial civility and beauty, is today a slaughterhouse — a gruesome locus of pain and fear, where the lifeless bodies of small children are trapped under streets of rubble and pregnant women deliberately bombed,” Hussein wrote in a statement. “The collective failure of the international community to protect civilians and halt this bloodshed should haunt every one of us. Not only does it violate every norm of human rights, to our dishonor; its costs will be borne by our children, and future generations.”

Russia this week began holding “humanitarian pauses” between airstrikes to allow civilians and rebels to flee Aleppo’s eastern sector, which has been a rebel stronghold targeted by Assad’s regime and Russia.

Hussein, a Jordanian prince, said the airstrikes last month in Aleppo that destroyed about 18 humanitarian aid trucks, killing at least 20 people, “took these pervasive violations of international law to a new low of barbarity.”

Hussein called for an immediate cease-fire in Syria to allow for humanitarian relief and urged for U.N. Security Council action as the “responsibility for halting the Syrian crisis rests primarily” on the U.N. principal organ.

“Armed opposition groups continue to fire mortars and other projectiles into civilian neighborhoods of western Aleppo, but indiscriminate airstrikes across the eastern part of the city by government forces and their allies are responsible for the overwhelming majority of civilian casualties,” Hussein added.

“These violations constitute war crimes. And if knowingly committed as part of a widespread or systematic attack directed against civilians, they constitute crimes against humanity.” 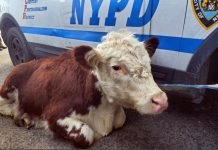