Nov. 19 (UPI) — The United States has the world’s highest rate of child detention, and its policy of separating children at the U.S.-Mexico border amounts to “inhuman treatment,” a United Nations human rights report said Tuesday.

Attorney Manfred Nowak authored the Office of the High Commissioner for Human Rights’ “Global Study on Children Deprived of Liberty” and said U.S. policy under President Donald Trump to separate migrant children from parents is “absolutely prohibited” by the U.N. Convention on the Rights of the Child.

“I would call it inhuman treatment for both the parents and the children,” he said.

“I’m also happy that within the United States politics there was a lot of criticism of this inhuman treatment.”

“That’s far more than all the other countries where we have reliable figures.”

Nowak added that the criminal incarceration rate of children in the United States is also very high.

The U.N. report coincides with the 30th anniversary of the adoption of the U.N. Convention on the Rights of Child — which says child detentions should generally be avoided, used only as a last resort and then only if absolutely necessary “for the shortest possible period of time.” 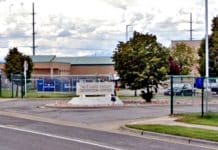