Dec. 13 (UPI) — Seventeen months and a long list of punitive tariffs after the U.S.-China trade conflict began, negotiators announced Friday they have agreed to a “phase one” preliminary agreement that would provide significant, but limited, relief.

If approved, the first stage of the deal would include rollbacks on certain tariffs and purchases of U.S. agricultural products, officials said.

The agreement, however, is preliminary and must still be approved by both governments.

Chinese Vice Commerce Minister Wang Shouwen also said the agreement will lift tariffs on $360 billion in goods sent to the United States on a “phase by phase” basis — and that the United States agreed to exempt more Chinese products. A timetable was not specified.

Friday’s agreement also includes “structural reforms and other changes to China’s economic and trade regime in the areas of intellectual property, technology transfer, agriculture, financial services and currency and foreign exchange,” Lighthizer’s office said — as well as a commitment by Beijing to make substantial buys of U.S. goods and services in the coming years.

A key element of the pact is a strong dispute resolution system that ensures “prompt and effective implementation and enforcement,” officials said.

Han Jun, China’s vice minister of rural affairs, did not specify the dollar amount of the agricultural goods China will buy, but did say the next phase of negotiations will begin “immediately,” instead of after the 2020 U.S. presidential election. Trump has indicated he could wait until after the vote next November to strike a deal, a position that negatively influenced U.S. financial markets this month. 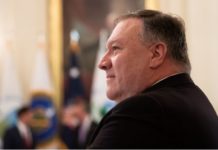 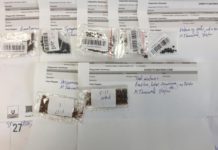