Sept. 20 (UPI) — The United States on Thursday ordered the expulsion of two Cuban diplomats assigned to the United Nations while restricting all other members of the delegation to the island of Manhattan.

In a statement, State Department spokeswoman Morgan Ortagus said the two Cubans were ordered to leave the country “due to their attempts to conduct influence operations against the United States.”

“We take any and all attempts against the National Security of the United States seriously, and will continue to investigate any additional personnel who may be manipulating their privileges of residence,” she said, without detailing the diplomats’ alleged manipulations.

Relations between Havana and Washington have been volatile since Fidel Castro took over as leader of the Caribbean nation in 1959. Under the Obama administration, however, Cuban-U.S. relations began to normalize but have since worsened under President Donald Trump, who accuses Cuba of propping up embattled Venezuelan President Nicolas Maduro.

The United States views Maduro’s reign as illegitimate and has put its support behind opposition leader Juan Guaido while applying further pressure on Cuba through tightening its embargo on the island nation to convince it to abandon its support of the Venezuelan president.

“Expulsion of 2 diplomats from Cuban Mission to the UN and increased restriction on movement imposed on all others are intended to cause an escalation that may lead to the shutting down of both embassies, to further tighten the [U.S.] blockade and create tensions between the two countries,” he said via Twitter.

The expulsions come days before the U.N. General Assembly, and hours before the Cuban delegation was to arrive in New York.

“Timing is everything: This is happening hours before the arrival in New York of the Cuba delegation attending UNGA and the very same day a new investigation (Canadian) rejects previous theories (American) about ‘attacks’ on foreign diplomats in Havana,” Cuba’s top diplomat to the United States, Jose Ramon Cabanas said, referring to a slew of Canadian and U.S. diplomats in Havana who fell ill from supposed “sonic” attacks.

The United States held Cuba responsible for the diplomats’ falling ill and expelled 15 Cuban diplomats in 2017 in response. Meanwhile, a Canadian study published Thursday suggests the illnesses may have been caused by neuro-toxins found in pesticides used in Havana.

“The U.S. must curtail its adversaries’ intelligence operatives the ability to exploit the freedoms of our system as they work to undermine America,” he said via Twitter. 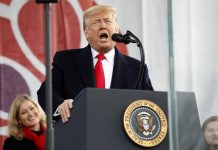 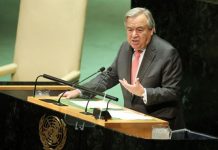 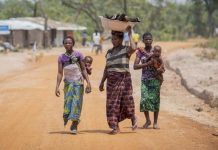