The USPS presented designs for 18 new stamps as part of the annual series that began printing in 1847, with themes ranging from Hip Hop to Earth Day.

Professional golfer Arnold Palmer and journalist Gwen Ifill will be featured on stamps in the series alongside a collection honoring “Voices of the Harlem Renaissance,” such as writer and philosopher Alain Locke, novelist Nella Larsen, historian Arturo Alfonso Schomburg, and poet Anne Spencer.

Other stamps commemorate historical events, such as the 200th anniversary of Maine’s statehood, the 400th anniversary of the arrival of the Mayflower in Plymouth Harbor and the centennial of the ratification of the 19th Amendment to the U.S. Constitution, which guarantees women the right to vote.

Flowers are also a central theme of the 2020 Forever stamps, with stamps depicting wild orchids, American Gardens, a contemporary boutonniere and a garden corsage.

Other stamps celebrate ideas such as celebration itself, love and enjoyment of “the great outdoors.”

“These miniature works of art offer something for everyone interested in American history and culture,” USPS Stamp Services Acting Executive Director William Gicker said. “From notable figures such as golf legend Arnold Palmer to esteemed journalist Gwen Ifill to the cultural phenomenon of hip hop to a celebration of the great outdoors, this program is wide-ranging and adds to the history of our great nation as recorded through the U.S. stamp program.” 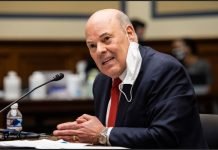 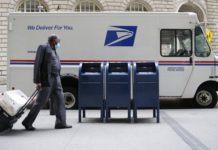 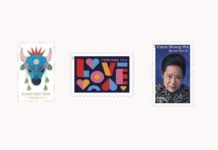 USPS to release ‘Love,’ Year of the Ox, and Chien-Shiung Wu stamps