April 8 (UPI) — Two people died and some 30 others were injured Saturday when a delivery van plowed into a crowd of outdoor diners in a western German city, authorities said.

The incident occurred in Muenster, near the Kiepenkerl statue, around 3:30 p.m., the BBC reported.

Police said the van’s driver shot himself to death.

The incident is being treated as a deliberate attack by police but the Germany newspaper Suddeutsche reported the incident is likely not a terrorist one, citing security sources. The driver, who was born in 1969, was believed to be a German citizen with a history of mental health issues, the newspaper reported.

German Chancellor Angela Merkel posted on Twitter she was “deeply shaken” by the tragedy and “everything possible would be done to clarify what happened and support the victims and their relatives.”

A statement from Press Secretary Sarah Huckabee Sanders said the president is aware of the horrific vehicle attack and offers condolences.

“Our thoughts and prayers go out to the families of those killed and we wish a full recovery to those injured. While the German authorities have not yet announced a motive for this cowardly attack on innocent people, we condemn it regardless, and pledge any support from the United States Government that Germany may need,” Sanders said.

The attack happened in an older part of the town, which is popular on weekends.

Muenster has a population of 300,000 people, including about 58,000 attending universities, according to the government.

It also occurred on the one-year anniversary of the Stockholm terror attack in Sweden, where a suspect drove a stolen truck into a crowd of pedestrians on a busy street, and four people were killed with several other people injured. 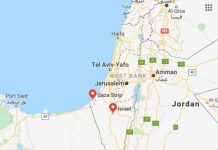 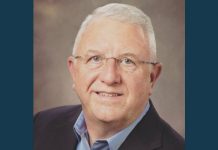