MARGARITA ISLAND, Venezuela, Sept. 18 (UPI) — Fewer than a dozen world leaders attended a meeting of a large Cold War-era bloc in Venezuela this weekend after the struggling nation spent more than $120 million to wine and dine international heads of state.

Venezuela spent millions preparing for the Non-Aligned Movement Saturday and Sunday despite widespread shortages of food and triple-digit inflation.

In 2012, 35 world leaders attended the last summit of the Cold War-era group in Iran. The Venezuelan government did not release a list of attendees.

Venezuelan President Nicolas Maduro touted the summit of the Non-Aligned Movement, which has 120 members and formed a half-century go with those not wanting to align with the United States or Soviet Union.

Indian Prime Minister Narendra Modi didn’t attend, only the second time in 55 years that the country’s head of state was missing.

“Millions of dollars of Venezuelans’ money spent for the government’s ego,” he said. “Many of the countries didn’t come to the show!”

That is even though the socialist nation cleaned up the island, repainting roads, stocking supermarket shelves and boosting security. 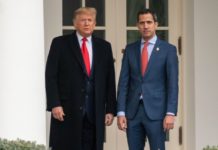 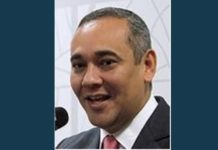