Campaigning on a four-day swing through New Hampshire, the Wisconsin governor spoke at a “Politics and Eggs” breakfast meeting hosted by the New Hampshire Institute of Politics at St. Anselm College in Manchester. When an African-American audience member asked what he would to do prevent shootings of citizens by police, Walker defended police and mentioned state legislation he signed mandating independent reviews of police shootings.

He was later asked if he would meet with representatives of Black Lives Matter, an activist group focusing on shootings by police of African-American citizens, Walker appeared to stumble, saying, “Who knows who that is? I meet with voters. Who knows who that is.” When reporters asked for elaboration, Walker said he would “talk to American voters.” 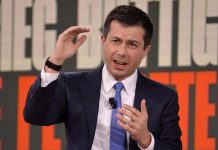 New Hampshire primaries may be hampered by snowy weather conditions