Oct. 30 (UPI) — Walmart pulled guns and ammunition from the shelves of its stores in the days before the U.S. presidential election because the company fears store break-ins and thefts during potential civil unrest.

“We have seen some isolated civil unrest and as we have done on several occasions over the last few years, we have moved our firearms and ammunition off the sales floor as a precaution for the safety of our associates and customers,” Kory Lundberg, a spokesman for Walmart, said in a statement. Guns and ammo are still for sale from behind the counter at about half Walmart’s 4,700 stores, the company said.

Walmart has removed firearms from its shelves in the recent past, such as during protests over the killing of George Floyd by police, or after an increase in mass shootings.

“When Americans are concerned about their personal security, they buy firearms,” a report on gun purchases during the pandemic by the Brookings Institute said. More than 3 million more guns were purchased between March and July, 2020, during COVID-19 lockdowns and the George Floyd protests than the usual amount in previous years, the study said.

The FBI database of firearm background checks shows 28 million checks initiated so far in 2020, more than the total for all of 2019.

Walmart stopped selling handguns in the 1990s and removed modern sporting rifles from inventory and required buyers to be older than 21 in the past five years. The company announced last year it would discontinue sales of .223 caliber ammunition that can be used in assault-style weapons.

A gunman in El Paso, Texas, killed 22 people in a mass shooting inside a Walmart store in 2019, leading to employees to petition the company to stop selling firearms altogether. 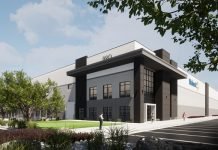 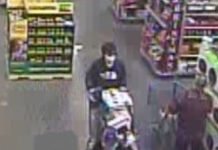 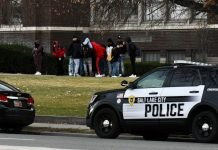