As President-elect Donald Trump‘s point man on interior matters such as federal land, mining and wildlife policy, Zinke gave his opinions on a number of items during questioning.

During his testimony, Zinke sounded like a man intent on making certain that Alaskans don’t lose their ways of life from declining oil drilling in the region.

“We have to understand, we need an economy,” he said. “If we don’t have an economy as a country, then the rest of it doesn’t matter. Alaska is different.”

Sen. Lisa Murkowski, R-Alaska, who led most of the questioning on this issue, expressed her hope that Zinke would offer better management than President Barack Obama‘s outgoing interior secretary, Sally Jewell, has.

Many Alaskans have been opposed to the Obama administration’s handling of the drilling issue, particularly since it has acted to stop drilling in many parts of the Arctic’s Chukchi and Beaufort waters.

“To state that Alaska has had a difficult or a tenuous relationship with the outgoing administration is probably more than an understatement,” she said.

Zinke showed somewhat of a difference from Trump regarding global warming, telling the panel he does not believe climate change is merely a hoax — a view his boss-in-waiting has expressed in the past. However, Zinke did add that he believes humans’ role in the rise of global temperatures is not yet fully understood.

Further, the interior appointee seemed to indicate Tuesday that he is open to fossil fuel drilling on federal lands.

“We have to have an economy,” he told Sen. Bernie Sanders, D-Vermont.

Trump has been noncommittal about climate change so far, but once stated a belief that it was a hoax orchestrated to aid Chinese economic interests.

Zinke defended his vote in the House earlier this month for a rule to make it easier to transfer ownership of federal land to private parties.

He said although the rule has not been implemented, it is a “shot across the bow” from environmentalists and sportsmen who are upset about the federal government’s management of land, particularly in the west.

“It was an indicator of how upset people are about our land policy at that moment, particularly if you are in Utah, Nevada, Wyoming, Idaho, Montana,” Zinke said.

Though the Montana congressman likely will never craft policy with a direct influence on Russia in his interior role, he did acknowledge a way Tuesday that he feels would be a good bargaining chip for the United States.

“If we want to check Russia, let’s do it with natural gas,” he said, acknowledging oil-rich Moscow’s grip over the European energy market.

The remark indicated that Zinke may not share Trump’s view of Russia and President Vladimir Putin as a potential ally, a departure other nominees have also demonstrated.

If Zinke is approved by the committee, his candidacy will go before a vote in the full Senate. 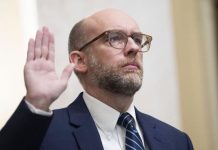 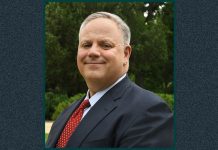