Hillary Clinton, who served as secretary of state during the first term of the Obama administration, said she would support new sanctions against Pyongyang and urge China to strengthen pressure on North Korea.

“I think we have an opening here that we haven’t had for the last several years … I intend to do everything I can to take advantage of,” Clinton said, adding North Korea’s policy of developing weapons that could reach the continental United States is unacceptable.

Clinton also said the United States should strengthen defense cooperation with regional allies South Korea and Japan, a posture that contrasts with past statements from Republican presidential candidate Donald Trump.

In an earlier stage of his campaign, Trump had said military alliances with Seoul and Tokyo need to be revised because the defense of allies was costly to the United States.

Clinton disagreed with past Trump statements, and said on Friday that South Korea and Japan play important roles in the missile defense system that protects the United States against North Korea’s threats.

North Korea’s fifth test and its claim of “smaller, lighter and diversified nuclear warheads of higher strike power” have invited comments from the Trump campaign, according to Yonhap.

The campaign said Friday the fifth test is yet another consequence of Clinton’s failure in North Korea policy as secretary of state.

Trump has said in past statements the North Korean state is “incredible,” the Kim Jong Un regime has become increasingly belligerent and that it is up to China to solve the “North Korea problem.” 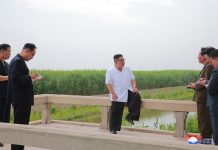 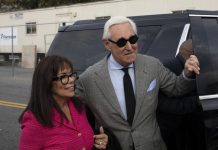